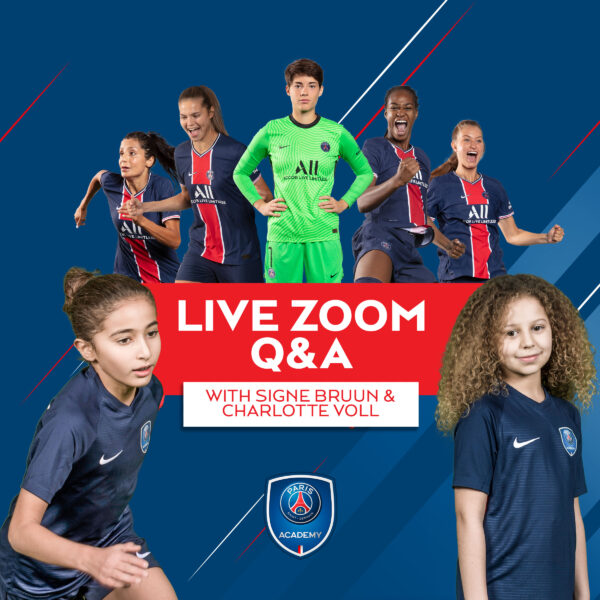 Born in Randers Denmark, Singe Bruun was born a goal scorer. The international attacker played four seasons with Fortuna Hjørring before joining Paris Saint-Germain in the summer of 2018.

After a complicated first season with les Parisiennes due to several injuries, the striker netted two crucial goals at the end of the 2019-20 campaign, qualifying her team for the final of the Coupe de France and the UEFA Women’s Champions League semi-final.

Bruun, also a member of the Danish National Team since the U17’s, made her debut for the senior team during the World Cup qualifiers in 2017. It was just a few moments after entering the pitch that she scored her first goal against Croatia.

Charlotte Voll was just 17 when she joined Paris Saint-Germain back in 2017 where she piled her first trade in the U19’s set-up.

After two years with Les Rouge et Bleu, the Karlsruhe native decided to go back to her home country (Germany) and join SC Sand in the women’s Bundesliga, before returning to Paris Saint-Germain for the 2020-21 season as back-up for Christiane Endler.

Last week, our academy girls and coaches had the opportunity to spend some Zoom time with Signe and Charlotte. And insightful Q&A, led by the two professionals helped the girls recognize that they could always “choose to work hard every day” in order attain their dreams while remembering that football, a the end of the day, is just a game that they should always enjoy.