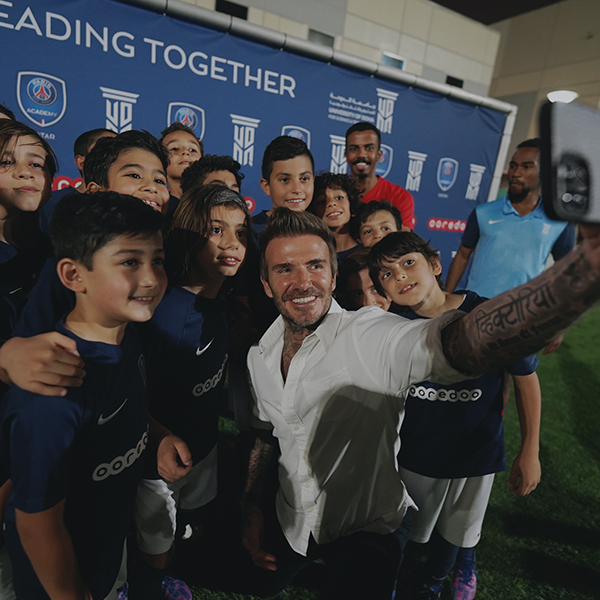 Star of Paris Saint-Germain and world football, David Beckham visited children from the PSG Academy on the campus of the prestigious University of Doha for Science and Technology. The England midfielder was accompanied by Laure Boulleau and Didier Domi.

David Beckham announced: “I’ve had a look round the fantastic facilities in the PSG Academy in Doha. The children are very lucky. I’m delighted to have been able to pay them a visit and spend some time with them. These girls and boys have everything they could possibly need to progress and enjoy playing in one of the world’s top Academies.”

Established in fifteen countries, the PSG Academy is attended by more than 20,000 budding young footballers every year, all across the globe. Launched in 2019 in Qatar, the Paris Saint-Germain Academy in Doha welcomes more than 800 girls and boys aged 5 to 17 every year. The children benefit from the club’s unique training methods, developed by the club’s expert staff, and help fly the flag for the Paris Saint-Germain brand worldwide.