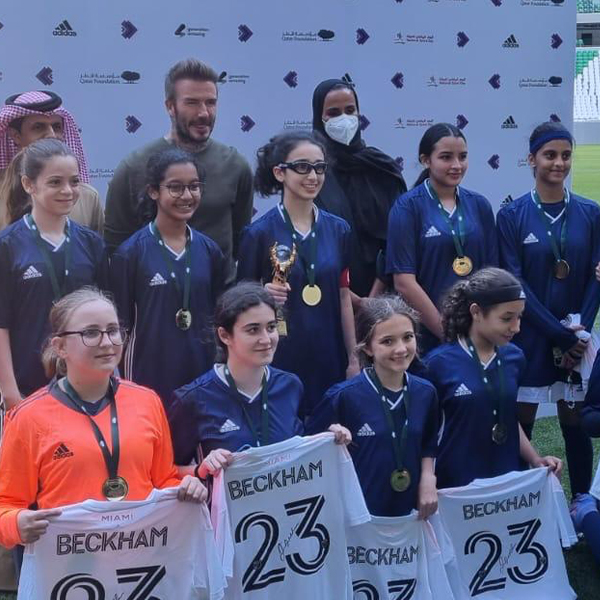 Sports is a unifying force that brings people together in a way that few other things can.

The Women and Girls Football Initiative was launched in partnership with Generation Amazing, a program under the Supreme Committee. Its aim was to promote sporting inclusivity and contribute a legacy for the FIFA World Cup Qatar 2022.

The PSG girls’ team were victorious in the final match with Golden Ball awarded to Noof Al Kuwari. Noof was also awarded the tournament’s most valuable player and has been a PSG Academy player since 2019.

“We are extremely proud of our girls’ team. Their dedication to the game is one of a kind, and our coaching staff is amazed at their progress. We hope to involve them in many more tournaments to come” said Cyril Klosek, PSG Academy Technical Director.

The purpose of the initiative, aimed to provide more opportunities for girls and women to play football across the state of Qatar.